Welcome to our archive

The grant-funded phase of the The Modernist Versions Project (2012-2014) is now over. For a record of all activities relating to this phase of the project, please scroll through the individual posts below or visit our About page; you may also use the search box to find a specific topic or person relating to our work. If you’d like to see the collection of texts we have produced (and continue to produce), please visit our library. 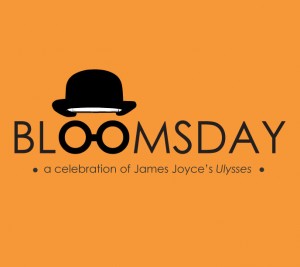 On June 16, 2016, the public is invited to celebrate Bloomsday at 7pm at the James Joyce Bistro in downtown Victoria. END_OF_DOCUMENT_TOKEN_TO_BE_REPLACED

* As we continue to develop the z-axis tool, we would first like to extend our appreciation to the 2015 Modernist Studies Association “Z-Axis” seminar participants for testing and providing valuable feedback for an early version of the tool. We would also like acknowledge and thank Emory University’s Center for Digital Scholarship. Much of our current and future development of the tool follows on a demonstration of the tool at and feedback from the Center.

Z-Axis: From Methodology to Useable Tool

How does a text shape a city? How does a novel contest or reify popular narratives of a given place? How does the history of a place inform our understanding of a text? Such are the questions the Modernist Versions Project sought to explore when it developed the z-axis methodology—a methodology that produced a three-dimensional model that visualized the way a text transformed a city.

The first instantiation of the project requiredheavy XML markup and knowledge of XSLT by already time-stretched researchers. The time spent encoding, however, truncated the time literary scholars had to do what they do best: analyze text. If we wanted to develop a methodology that scholars would use, we would have to make it accessible. We needed to reduce the barriers of time and computational expertise usually required for geospatial analyses of modernist texts. We needed to develop a tool that was easy to use and allowed researchers to upload the texts and maps that interested them.

The past several months have seen some substantial updates for the z-axis team. First, we’ve turned a time consuming methodology into an easy to use, working tool: zaxis.uvic.ca.

Early versions of the tool allowed users to choose from a small repository of texts or upload their own text to the server. The tool then used the Stanford Core Named Entity Recognition software (NER) to pick out all the place names and identify their frequency. The z-axis tool mapped the place names and warped one of three listed maps based on the frequency of place name occurrence in a text.

Developing the initial tool was the first major step forward for the team. The second step forward was user-testing. The Z-Axis Seminar at the Modernist Studies Association conference in November 2015 gave us our first chance to test the tool with our target users: modernist scholars. The participants used the tool to analyze a modernist text and wrote papers based on their geospatial readings of Mrs. Dalloway, Jacob’s Room, The Secret Agent, and other modernist works. Their intricate analyses of these texts showed us that the tool was in fact useful for literary scholars; it also proved to us that we (or rather our brilliant developer, Colin Jones) could design the tool to do so much more.

The new features of the z-axis tool are inspired by the suggestions of the MSA workshop participants and feedback from Emory University’s Center for Digital Scholarship.

The development we are most excited about is sentiment analysis. This added feature means that you can see how a text like Mrs Dalloway inflects London with positive or negative sentiment. Is Hyde Park associated with positive language? How does this compare to the area around Big Ben? Are there distinct clusters of positivity? Why?

As we continue to develop the z-axis tool, we plan on refining the sentiment analysis to identify more nuanced emotions such as happiness, sadness, anger, and frustration. We will also add a feature that shows you which section of the text is linked to a particular place. Because this is a tool designed for researchers, we welcome your feedback. Let us know what would you like to see from this humanities centered, geospatial analysis tool.

The title “Open Hemingway” is both a compound noun and the imperative: open editions that want to be read.

The MVP has just launched its first critical editions with the 1923 and 1924 states of Ernest Hemingway’s In Our Time, released in the nick of time for Papa’s 116th birthday. A third volume is to follow shortly. These are annotated editions intended for classroom use, but the scarcity of the original texts means these editions are the first accessible to many scholars. It is also important to see the development of this portentous book, calling into being as it did a new standard for American literature and a style to be emulated a thousand times over.

END_OF_DOCUMENT_TOKEN_TO_BE_REPLACED

A hearty thank you to everyone who made Bloomsday2015.com such a success! Once again, David Peacock welcomed Ulysses-lovers to the James Joyce Bistro for a night of celebration and merriment. It was an excellent evening that brought the University of Victoria, local businesses, and community together to celebrate the life of James Joyce.

This year, Hoyne sponsored the First Annual Beer and Bloomsday Short Fiction Contest–the proceeds of which were donated to Literacy Victoria. Hoyne also generously donated $1 from every pint sold to the project. END_OF_DOCUMENT_TOKEN_TO_BE_REPLACED

We’re pleased to release this year’s Bloomsday poster, designed by Sarah Grindlay, who is a Professional Writing Student in the Department of English.