Swimming the Deeper Waters of Joyceana

In place of a video lecture this week, the MVP has commissioned a blog post by Robert Berry, the talented individual behind the Ulysses ‘Seen’ comicbook version of the novel. The Ulysses ‘Seen’ team are also preparing a video, which will appear in this space within a month’s time. Until then, please enjoy the musings below… [SR]

Joyce studies, at least from my rather homespun and narrow view of them, can be a messy business. Still strongly standing very much at the forefront of a disarrayed battle line of modernist thinkers, Joyce, his work and his life, casts a very long shadow on how we look at the world today some seventy years after his death. He is an endless set of puzzles and fresh lessons. Though his work might often be rather specifically linked to the immediate world of its own creation and filled with allusions which today seem vague or enigmatic, it also has served to bring fresh questions to the mind of many readers and critical thinkers since the time of its publication, prompting that wonderful quote from Joseph Frank; “Joyce cannot be read. He can only be re-read.”

(I love that particular quote but, let’s face it, the idea of giving someone a seven-hundred page book to read and telling them, “no, you’ve got to read it many times over” isn’t the best way to attract a new audience.)

END_OF_DOCUMENT_TOKEN_TO_BE_REPLACED

Now available from the MVP, the audio podcast of Michael Stevens’s lecture, “Calypso: The Everyday with Relish.” Download it (MP3).

END_OF_DOCUMENT_TOKEN_TO_BE_REPLACED

Calypso: The Everyday with Relish

The MVP is happy to present the 2nd instalment of the YoU Lecture Series: Michael Stevens on “Calypso: The Everyday with Relish.”

END_OF_DOCUMENT_TOKEN_TO_BE_REPLACED

We’re happy to present the 1st instalment of the YoU Lecture Series: Robert Spoo’s “The Public Domains: Copyright After Copyright.”

END_OF_DOCUMENT_TOKEN_TO_BE_REPLACED 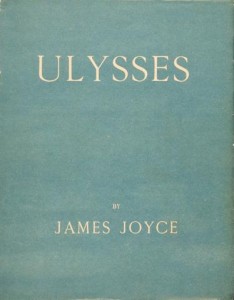 View the complete YoU schedule

The Modernist Versions Project’s Year of Ulysses (YoU) initiative will introduce James Joyce’s masterpiece to its widest audience ever, provoke people to read it, support them as they do so, and bring this novel of the everyday back into everyday life.

Thanks to the remarkable efforts of MVP associates Patrick Belk and Matthew Kochis (both at the University of Tulsa) as well as the generosity of the McFarlin Library, the MVP now owns high-quality scans of the first edition of Ulysses as it was published in February 1922 by Sylvia Beach’s famed Shakespeare & Company bookstore. In the spirit of the Liberate Ulysses movement and in honour of the 90th birthday of Joyce’s masterpiece, we are serially publishing these scans online—just as Ulysses was originally serialized in the pages of the Little Review—and providing a robust framework for (re-)discovering the novel.

The Year of Ulysses initiative involves not only the public release of these scans but also lectures, Twitter chats, an art competition, and various other events anchored in Joyce’s novel. Join us as we celebrate 90 years of Ulysses!